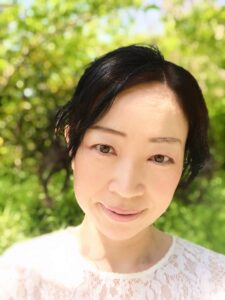 Written in Japanese but You can follow with pictures. Very easy to understand 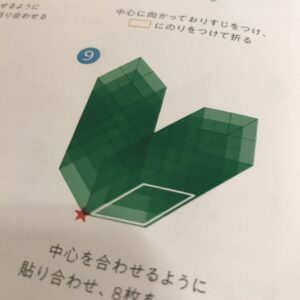 Captions are written in Japanese, but the book comes with easy-to-understand diagrams and folding instruction videos to aid understanding for origami fans around the world.

Decorate your home, a school, or any space with the fantastic origami creations. The book is intended for both adults and children, but especially women to enjoy the magic and beauty of origami. 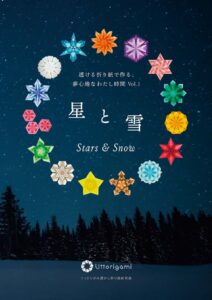 This time the book is themed around stars and snow, introducing designs for the Christmas and winter season. It contains 15 works and 7 arrangements, 22 designs in total, created by 9 professionals from the “Uttorigami Translucent Origami Study Club”. 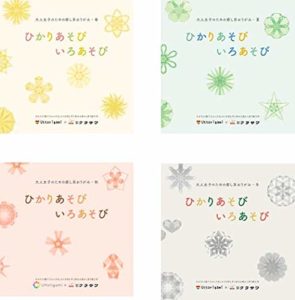 The 1st〜４th illustrated origami instruction book released from Uttorigami. They are themed around seasonal flowers and stars introducing designs for each season. It contains 10 works for each season.

Scan the QR code to download the protractor sheet.(No video)

Kayo Nakamura is an expert in bringing out the individualities of women who are passionate about translucent origami paper. As the brand name suggests, she introduces “Uttori = Captivating” ideas for enjoying the beauty of translucent origami paper crafts in various ways. She is the editor-in-chief at the online club “Uttorigami Translucent Origami Study Club”, as well as her blog “Uttorigami”. Also a sales copywriter and psychotherapist.

Around 2013, she started making Europe’s translucent origami paper, after working on paperfolding for her son.
She currently specializes in works that incorporate the four seasons and culture of Japan, and that are eye-pleasing and easy-to-understand for origami paperfolders in all stages.

Through interaction with her blog readers, she continued on to observe the feelings and tendency of origami beginners, and published four self-funded booklets “Hikari Asobi Iro Asobi” (available on kindle) by season in 2018-2019.

Since 2020, she has been running the online club “Uttorigami Translucent Origami Study Club”. She offers online geek discussions with selected members of the newsletter readers, as well as participation in special museum exhibitions and origami diagram production. In October 2021, she released her book, “Hoshi to Yuki” (Stars and Snow), as her first collaboration work with the members.